Tibor, what drives you as a person and as a developer?

I always wanted to work on projects that are helpful and used by as many people as possible. I'm not interested in working for some company, optimising their e-shop to increase sales or something like that. I want to work on apps that are used by end-users and communicate directly with them, instead of just talking to managers.

Have you worked for a company before?

I've had a few jobs at different companies, but I never really liked them. I had to implement ideas that I found wrong because some manager told me to. That is really bad, and I had no motivation in doing it whatsoever. I want to decide what to work on, based on user feedback.

Why did you create Simple Mobile Tools?

The main reason was that I needed them myself. Preinstalled apps are usually of inferior quality and produced by presumably demotivated developers. I was looking for apps of better quality for different purposes. I found some, but all apps were created by different people. I couldn't find any similar suite of apps produced by one company or one person.

Using apps from different developers means getting used to different user experiences, and also different designs. Sometimes I had no idea what a given button was for until I pressed it. Then, even if I found some useful apps, they often contained ads. 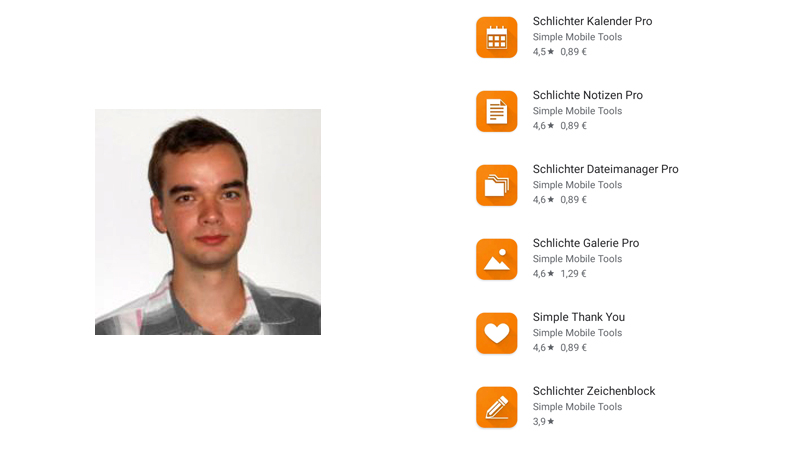 Why is that a problem?

Ads usually slow apps down, and seeing an ad automatically means that the app has access to the internet. I don't belong to the group of people who don't want to be tracked at all by any company. But in some apps, internet access just made no sense. There are articles describing how some apps can access user data, for example the location – even if users explicitly denied permission.

No app from the Simple Mobile Tools contains internet access. Therefore, users can be assured that even if my apps access some sensitive data, there is no way the apps send them to me or anyone else. That also means I can’t measure how people use my apps – which is a bit of a shame, since analytics help developers to improve apps.

You keep your Simple Mobile Tools updated. How and when do you work on the apps?

It is my full-time job already. The thing with these apps is that it is not just about development. It also means design, customer support, marketing, taking care of their Google Play listing, and many other aspects of the apps. I'm taking care of that all alone. Luckily, since they are all offline and I'm not collecting any data, there are not many legal issues to take care of.

When I started working on the apps over three years ago, I was a freelancer working on other projects, with these apps being my side project. By now, they have grown a lot. So I decided to switch to the pro-model in November 2018, with some of the apps becoming paid for.

Is the work already paying off?

It does, so luckily I don't have to worry about financials at the moment. Of course, I would have a lot more users if all the apps stayed free, but their quality would be diminished. People luckily seem to understand that even open source projects have to make some money. The development isn't free.

All of your Simple Mobile Tools are free in F-Droid, while in Google Play there are fee-based versions of some apps. Are the apps in F-Droid still up to date?

All of my apps, even those that cost money in Google Play, are available for free in the app store F-Droid. I decided to give them all to F-Droid because it is a service which really aligns with the values of my apps.

There are multiple ways people can donate to my project. I get many emails and payments, mentioning that they downloaded the apps from F-droid.

For whom are your apps made?

The target audience of the Simple Mobile Tools apps is average users, not some geeks or other small communities. They are perfectly suitable and usable to everyone. But they don’t track people.

Maybe the uniqueness lies in the apps being published as a suite, not separately. Consistency is the crucial part here, I'm trying to achieve the same user experience by using as many similar buttons, texts, screens as possible.

How is that useful in practice?

For example, people know that to select some files or other items, they just have to long-press a button.

They know where to look for valuable app settings, where to customise colours, where to look for some FAQ items. They understand that no ads will show up anywhere, or that I'm not trying to steal anything from them. They can rely on the apps being available for them to use, even in the future.

Also, if they disappeared from Google Play for any reason, people can get the apps from other sources. That, to me, gives a tremendous amount of security and freedom.

All Simple Mobile Tools by Tibor Kaputa and more information are to be found here: simplemobiletools.com 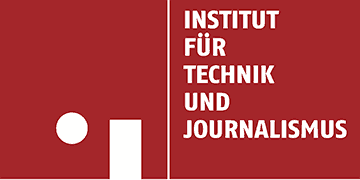